The Tenma Tenjin Tanabata Festival returned to the Osaka Temmangu main shrine on July 7th, 1995, the seventh day of the seven month of the seven year of the Heisei era.

The Tenma Tenjin Tanabata Festival returned to the Osaka Temmangu main shrine on July 7th, 1995, the seventh day of the seven month of the seven year of the Heisei era.
Osaka Temmangu's Tanabata Festival dates back to the Asuka period at earliest, when the shrine started as Osaka Temmangu Daishogun-sha. However, after the end of the Heian period, the shrine began to celebrate Tenjin Matsuri on July 7th.
However, after a brief suspension during the confusion of the warring states period, the Tenjin Matsuri moved to Sugawara-no-Michizane's birthday, June 25th. With the renewed focus on Michizane, Tanabata was no longer celebrated.
And so, the Tanabata festival has an even longer history than Tenjin Matsuri. Drawing inspiration from the Heian period imperial Kikkoden, Kitano Tenmangu's Mitarashi Matsuri, and more, the festival incorporated Meiji period standards and was brought back after 400 years.
Thanks to the "Matsu no Otomo" offerings (associated with Osaka Temmangu's "Shichihon Matsu" holy trees) and the Hokonagashi ritual, which makes use of Hitogata and other offerings, the Tanabata festival's position as the prelude to the Tenjin Matsuri is clear.
"Chi no Wa Kuguri" is well-known as a summer purification ritual in which participants pass through a large grass ring to cleanse themselves of impurities. However, with the large Chi no Wa number one located in front of the main shrine, Chi no Wa number seven at the Hoshiai pond torii gate, and five Chi no Wa in the passageway on the east side of the main shrine, there are seven Chi no Wa rings in all. They each serve a different purpose: "good luck in love," "academic success," "mental and physical health," "prosperity in business," "warding off evil," "traffic safety," and "family safety."

An Osaka first! Come enjoy a river cruise atop a Canadian-made party boat. Course options with either classic (...) Tenjin Bridge spanning the eastern end of Nakanoshima Island. Tenjin Bridge was one of the "three great bridge(...) The longest shopping street in Japan. Starting at Tenjinbashi, reaching Tenjinbashisuji 7 chome to the north, (...) Come and enjoy afternoon tea in a building that is a registered tangible cultural property of Japan. The rose (...) Perfect location to serve as a base for business or leisure 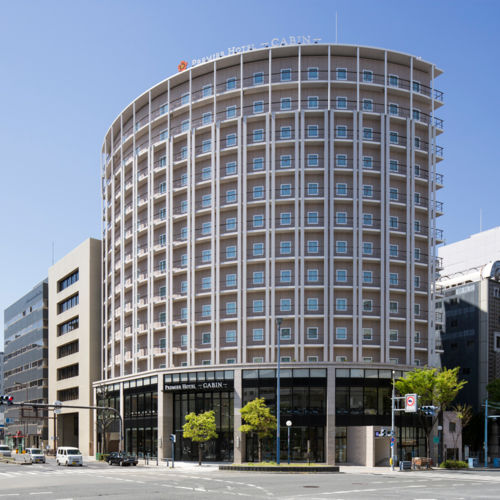 Just one stop from Higashi-Umeda Station in central Osaka, this hotel offers perfect convenience for not only (...) Situated by a river running through the center of Osaka. Close to Osaka castle and located right above the Sta(...) Held in the spring in cherry blossom season, thanking the god for his daily blessings. An ancient archery ritu(...)

Autumn Festival, giving thanks for a rich harvest Ikune Shrine's traditional Daigaku summer festival dates back over 1200 years, making it older than both Tenji(...)