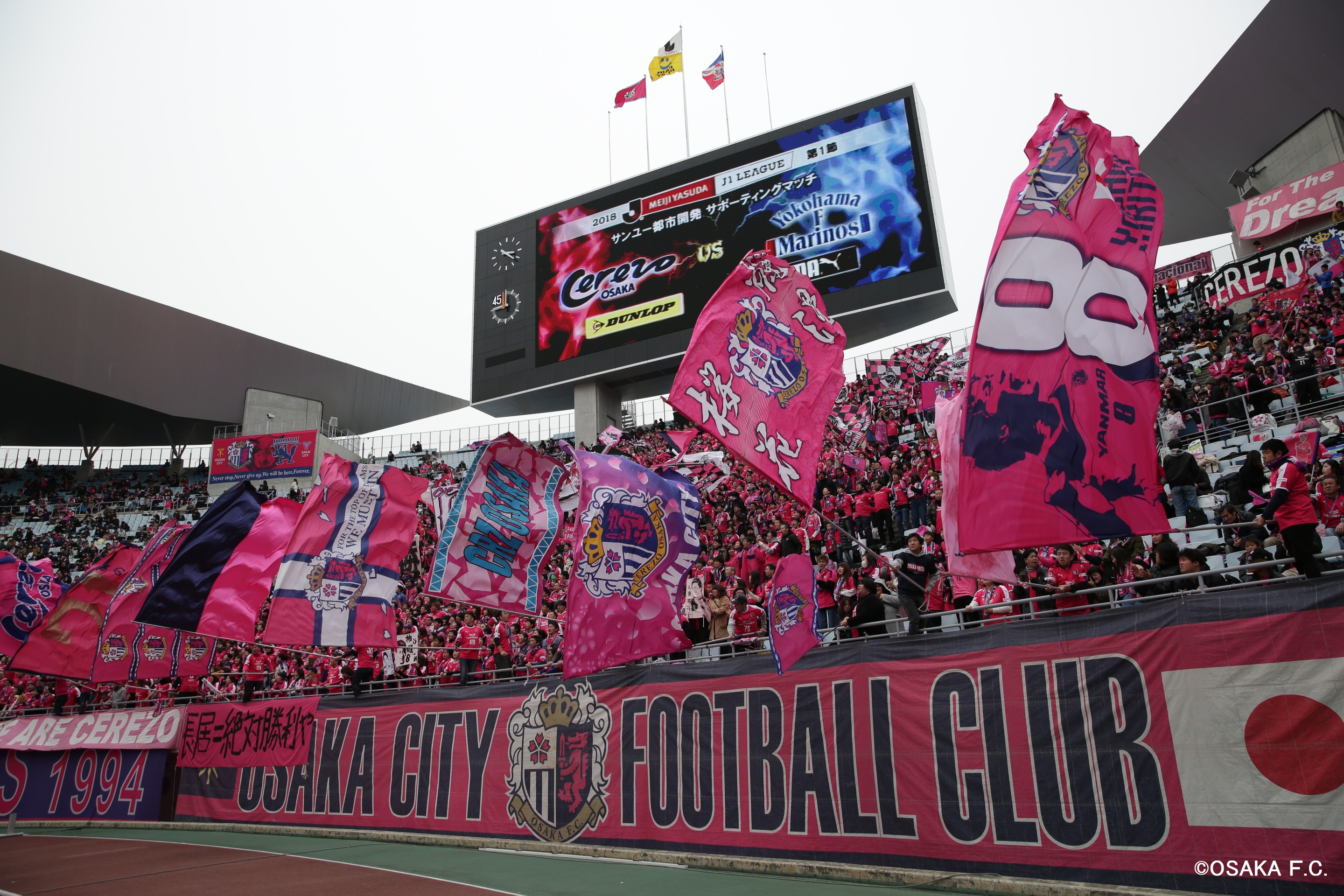 Football is very popular sports all over the world.During FIFA club world cup, which is held every four year, many people watch the games on TV, and cheers up their favorite national team.Osaka has two pro teams that both compete in the J1 League: Cerezo Osaka and titleholders Gamba Osaka. They play in the Osaka Derby with Osaka’s pride and their enthusiastic fans cheer them wildly!Even if you are don’t know football very well, you can certainly enjoy the atmosphere. Each team has their own way of cheering the players up!In the stadium, there are restaurants that offer a wide range of dishes and drinks.If you are in Osaka, don’t miss the chance to see the exciting game

GAMBA OSAKA is one of the top teams in the J1 League and has proven its strength by being regular participant in the AFC Champions League (ACL) where they have won nine championship titles in the past. They have their own foot-ball stadium with low-level seats that are extremely close to the field and players! Enthusiastic cheers from the fans are also a well-known characteristic. Inside the stadium is a museum and an official shop that sells merchandise and snacks that are great for souvenirs. Get a replica uniform to cheer on the team with the supporters!

The J1 League Cerezo Osaka boasts Olympic-class athletes from both Japan and other countries. Plus, with a system to train players from the junior league to the pros, they have a number of young supporters that lend the team a homey, family feel.Cerezo Osaka is also famous for its numerous passionate female fans, known as “Cere Onna” or “Cere Women.”The Cerezo Bar food court, located in front of the stadium, has a selection of roughly 20 restaurants offering local Osakan delicacies. Tickets may be purchased in advance through StubHub, a multilingual service. You can even check game dates on the official English language site. On game day, staff members wearing language pins are available to assist you in languages other than English (languages vary depending on the game). Feel free to ask them for help should you need any assistance.