This market is located in Nipponbashi, near the Minami shopping district.  Around 150 stalls are lined along an arcade around 580 meters in length, with the main attraction being fresh fish, along with additional offerings such as fruits and processed foods—earning the market nicknames such as “Osaka’s kitchen” and “Osaka’s stomach”. The beginnings of the market are rooted in the trade that sprang up between fish merchants toward the end of the Edo era in the vicinity of the nearby Enmyoji Temple, whose black gate (“kuromon”) gave the market its name.  The temple and its gate were lost to fire during the Meiji era, but the market was officially sanctioned in 1902.

During the 20th century, chefs were the first to visit the market in the early morning, followed by the general public at around 3:00 p.m., and then restaurant proprietors and other professionals—ensuring a bustling and lively atmosphere throughout the entire day.  The market is particularly packed at year’s end with customers making New Year preparations, including those buying whole pufferfish to make tecchiri hot pot, along with ingredients for traditional New Year’s feasts.

The market has also recently become extremely popular among foreign tourists.  Meals such as sushi, as well as rice topped with seafood or with deep-fried shrimp may be enjoyed inside the market, and patrons are free to walk around enjoying skewered meat and fish while they shop. 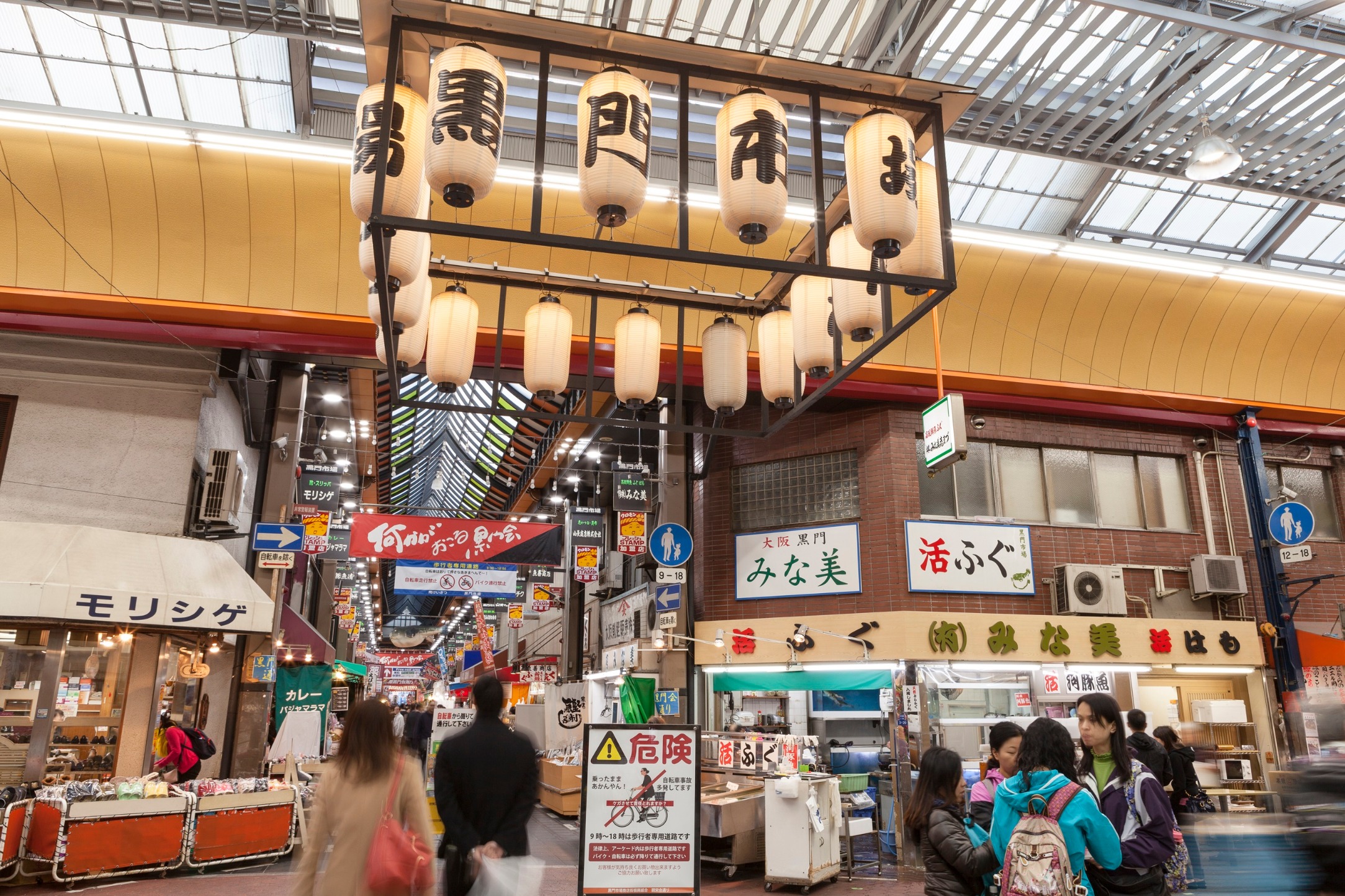