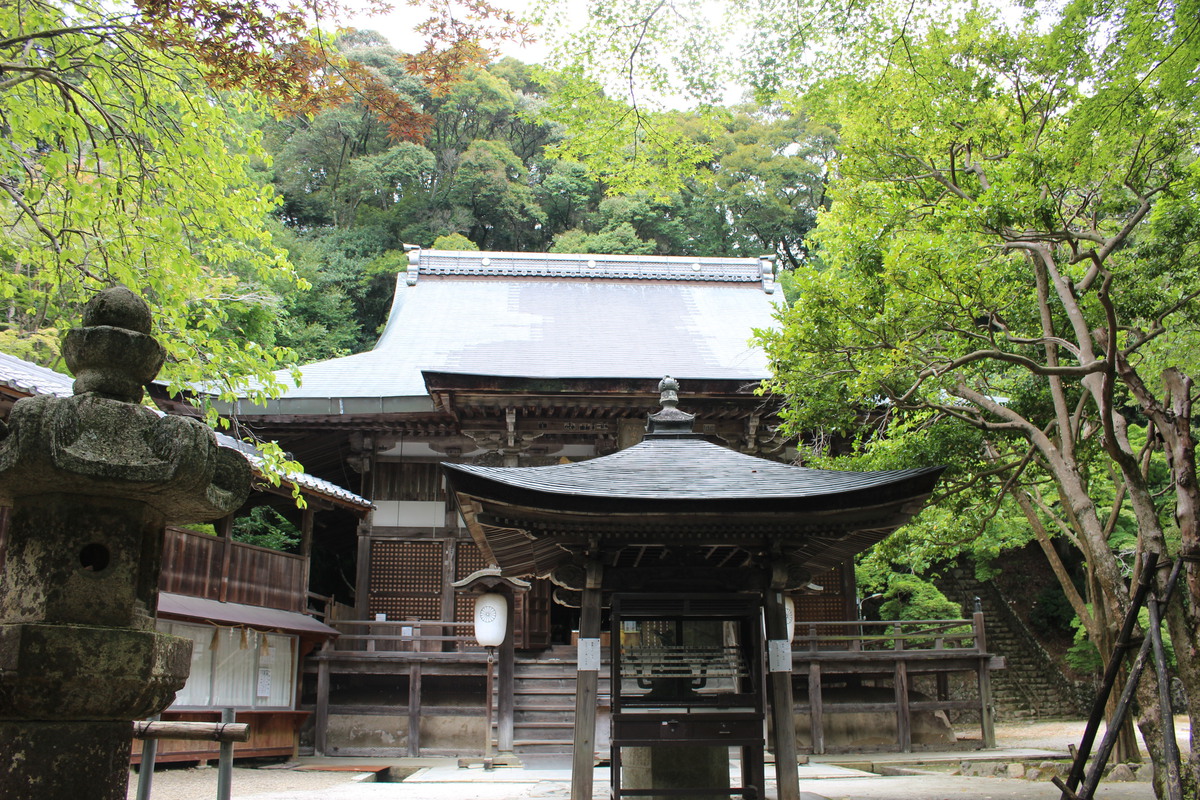 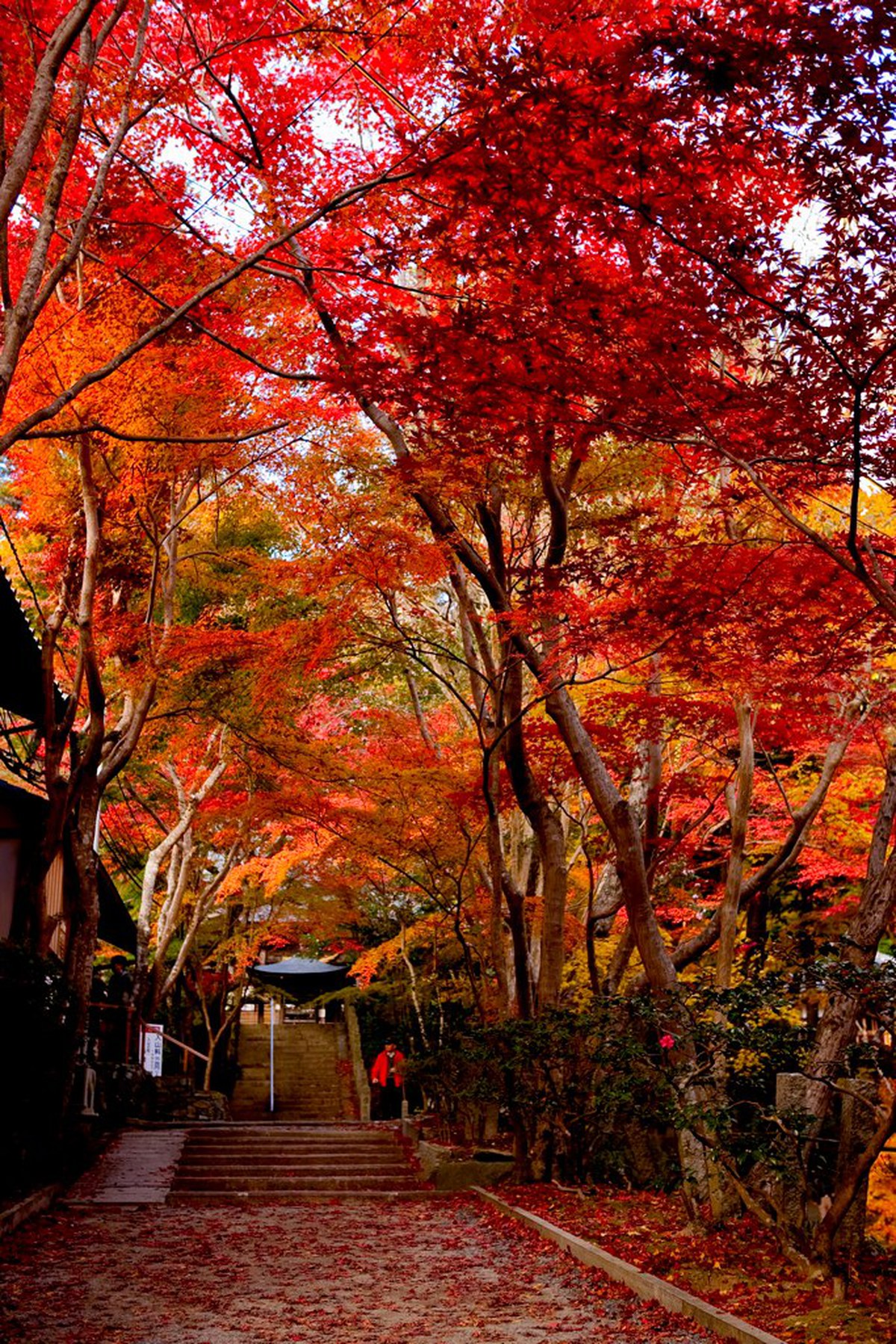 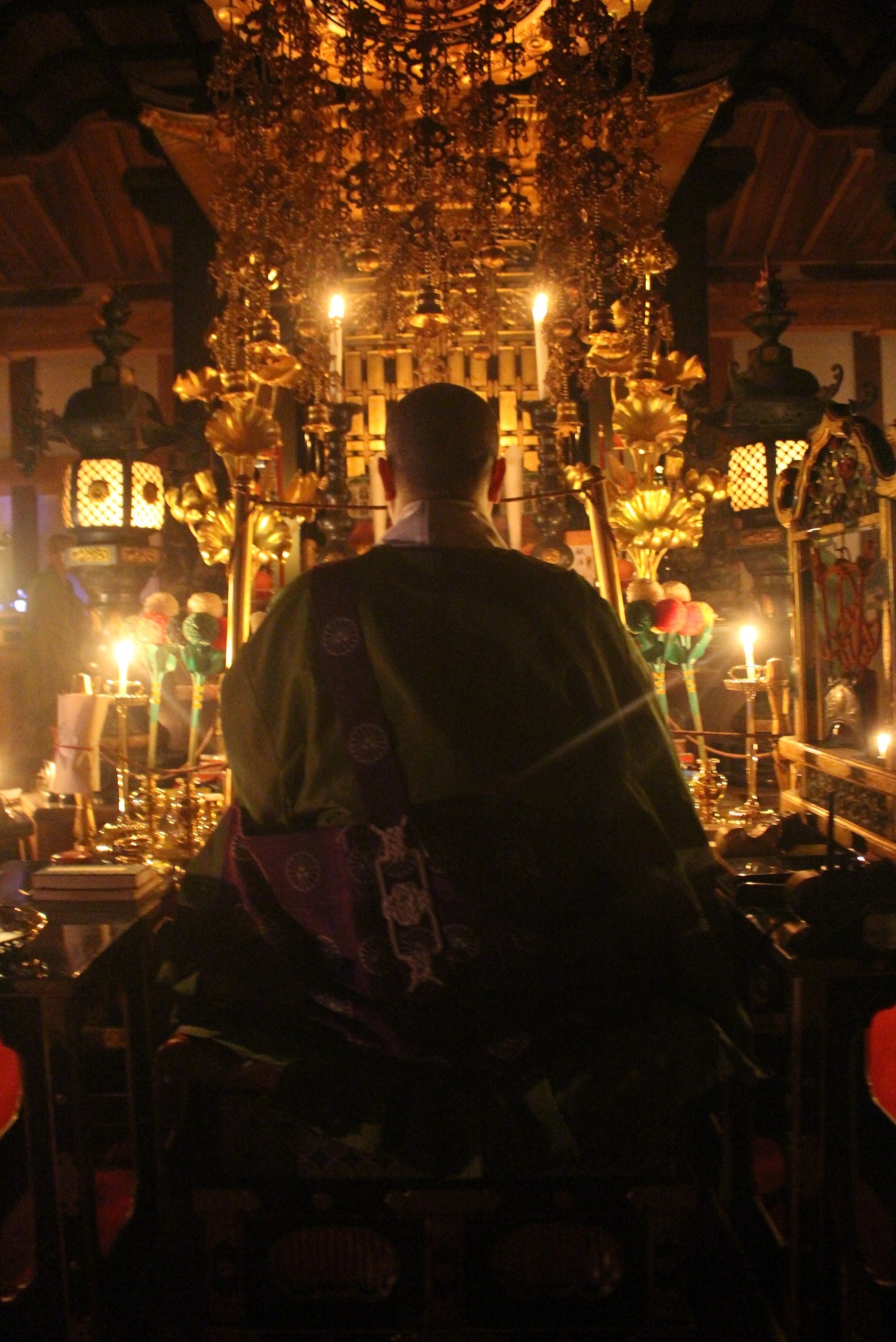 The holy site at which the deity Bishamonten was first enshrined in Japan. Three statues of Bishamonten are worshipped here. The site is also famous for its beautiful autumn foliage, in which 300 trees of more than 20 varieties shed colorful leaves.

Located amid the mountains near Takatsuki City, Kabusanji Temple was constructed in 697 by ancient mystic En no Gyoja. It is also the holy site at which the deity Bishamonten was first enshrined in Japan. Three statues of Bishamonten are worshipped here. It was later restored as a Buddhist temple by Prince Kaijo in 774. As an imperial temple, it was initially a holy mountain of the same stature as Mt. Hiei and Mt. Katsuragi. As the site is held to be home to a martial deity, it also received protection from the Ashikaga, Toyotomi, and Tokugawa clans over the ages, and was visited on pilgrimages by numerous Osakan merchants. Even now, the temple conducts prayers and purification services daily, never allowing the sound of prayer to fade. Surrounded as it is by mountains, it is also known for its verdant greenery in spring and colorful foliage in the fall.