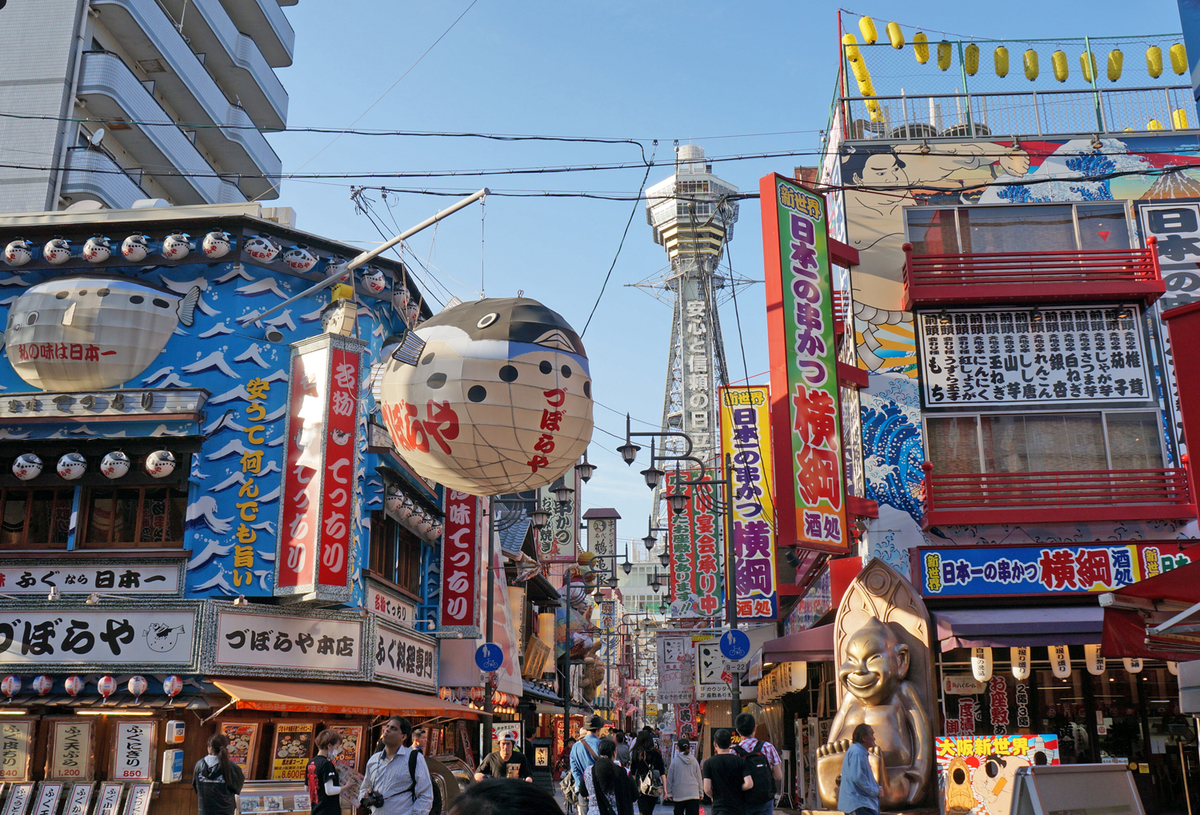 To the west of Tennoji Park is Shin-Sekai, one of Osaka's most interesting neighborhoods. This area has remained largely untouched over the years. At the beginning of the 20th Century the area flourished, and pulsed with amusement attractions and restaurants that drew enormous crowds. Today, little of the bustle remains, but many old eating and drinking establishments can still be found. One highlight is Jan-Jan Yokocho Lane, which runs along one side of Shin-Sekai. This dining and shopping street is where laborers who rebuilt Osaka after World War II gathered, and it still contains Japanese-style pubs and cheap cafeteria-like restaurants with highly unique menus that include hormone-yaki (barbecued cattle organs) and kushi-yaki (Japanese shish kebab); it's an entertainment district for locals, much as it has always been. The name of this alley comes from the "jan jan" strumming sound of the Japanese banjo that waitresses used to play to attract customers.