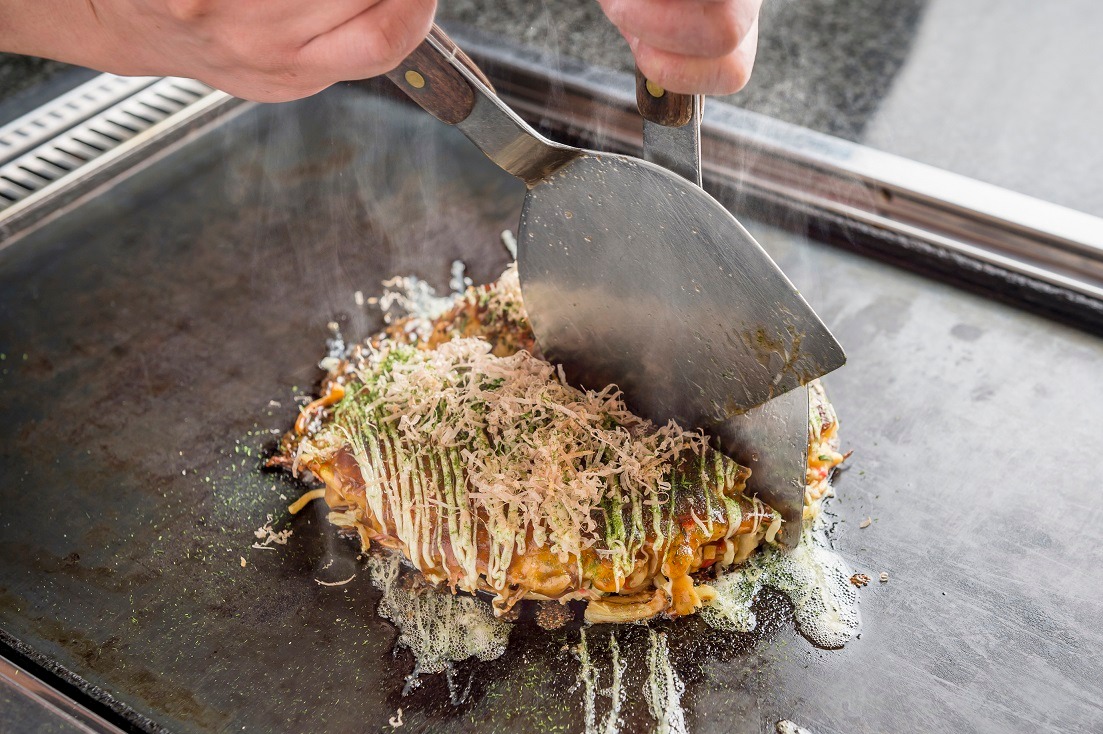 Along with takoyaki, this dish may rightly be described as Osaka soul food. While both dishes involve dissolving flour in dashi, okonomiyaki includes cabbage—a non-negotiable ingredient—usually along with pork, as well as whichever additional ingredients you like.

A thin layer of batter is spread out in a circle atop an iron griddle, and the browned savory pancake is then served with toppings such as sauce, mayonnaise and powdered seaweed—a serving style that is in turn said to have influenced takoyaki.

There are various theories concerning okonomiyaki’s origin. One is that the similar Tokyo-style monjayaki went through several off-shoot dishes before becoming okonomiyaki; another is that okonomiyaki was developed from the idea of restaurant patrons grilling their ingredients of choice in a playful, festive manner. Okonomiyaki in its present form dates back to the period following the Second World War. 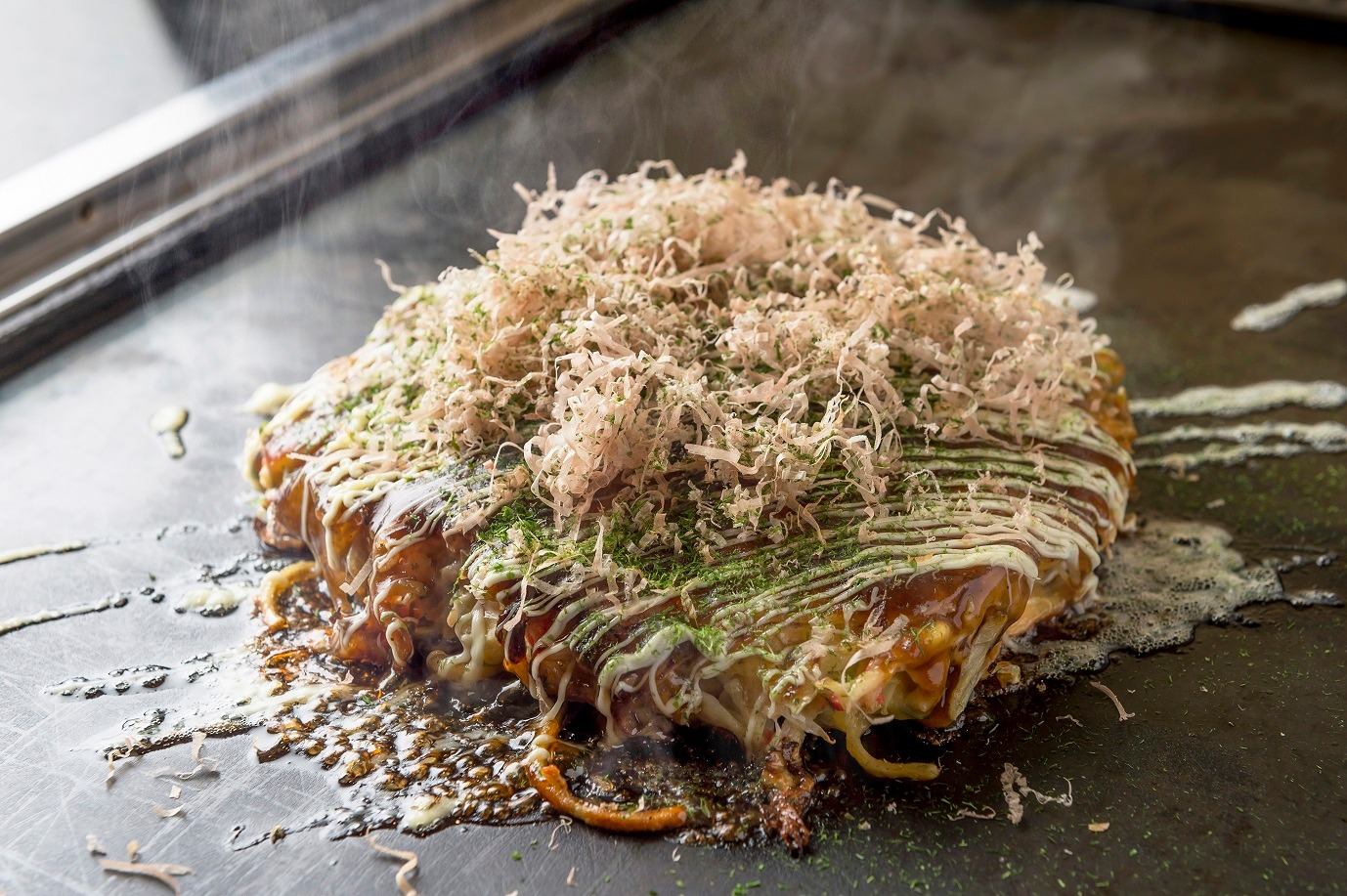 Adding cabbage in order to make the dish more voluminous, it was at this point that it became known as a main course rather than a snack.

The Osaka version features the addition of yamaimo (yam) to the batter, providing a lovely fluffiness. In many restaurants, staff prepare and serve the okonomiyaki rather than having customers grill the dish themselves, as is customary.

In 1970, on the occasion of the World Expo in Osaka, the dish became known throughout the country as an Osaka specialty.

Today, an increasing number of establishments offer a choice of ingredients such as cheese, kimchi, and mochi (pounded rice cake)—further increasing okonomiyaki’s popularity.

“Modern-yaki,” which combines okonomiyaki and yakisoba fried noodles, is also popular. Okonomiyaki also features prominently as a side dish in Osaka homes, where, for example, it is served alongside white rice as a pairing of two carbohydrates—a somewhat surprising fact for people in other regions.

Another fun okonomiyaki fact: Those who are able to utilize the fry turner to flip their pancakes with skillful preciseness will earn hero-level status among family members.