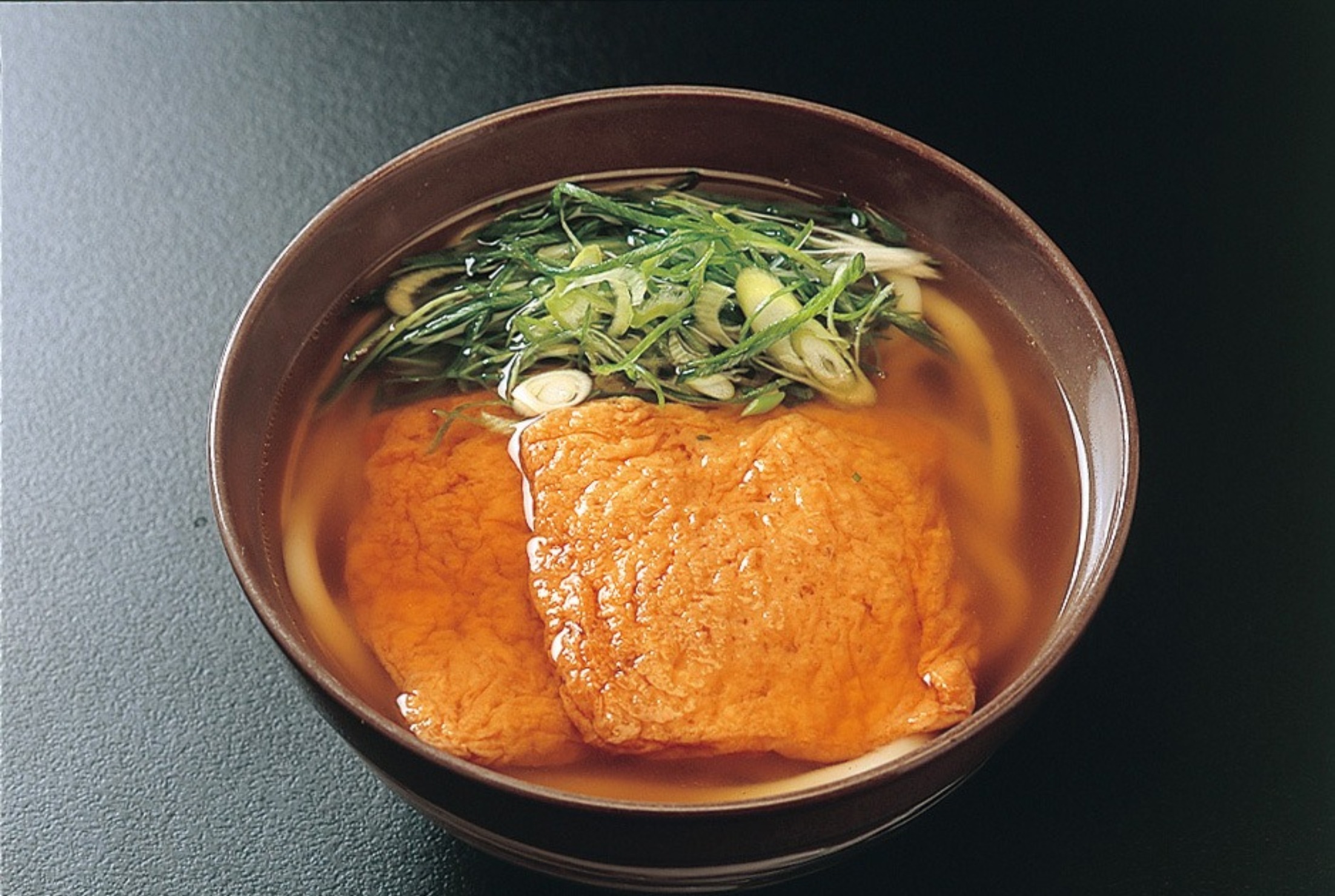 In Osaka, udon noodles are famed for the way that their softness harmonizes gently with the kombu and skipjack-accented broth. One age-old favorite is salty-sweet kitsune udon, where the noodles are topped with fried tofu boiled to plump perfection. The simplicity of the dish is deceptive, however, as it is impossible to cut corners with its preparation. And despite its cheap price, the low wages earned by common people of the day led to fierce competition among restaurants that served it. One much-loved traditional Osaka dish is udonsuki, a type of hot pot loaded with different types of ingredients cooked right at the table. The highlight of this meal is the udon, which are simmered in a light dashi broth while also absorbing additional umami flavors from the accompanying vegetables, seafood and meat.

Another recent addition to the local culinary scene is Osaka Sanuki, a portmanteau of the firmly-textured Sanuki udon from Kagawa prefecture on Shikoku island together with dashi from Osaka. The chewy, nearly pudding-like smoothness and slightly zesty kick of the Sanuki udon stand in contrast to the udon noodles from Osaka, which tend to take a backstage role to the broth, and are generally evaluated in terms of how well the flavor pairs with the dashi. The ingenious fusion of Sanuki udon with Osaka dashi, however, has resulted in numerous restaurants riding this trend to great acclaim by offering Osaka Sanuki on their menus.