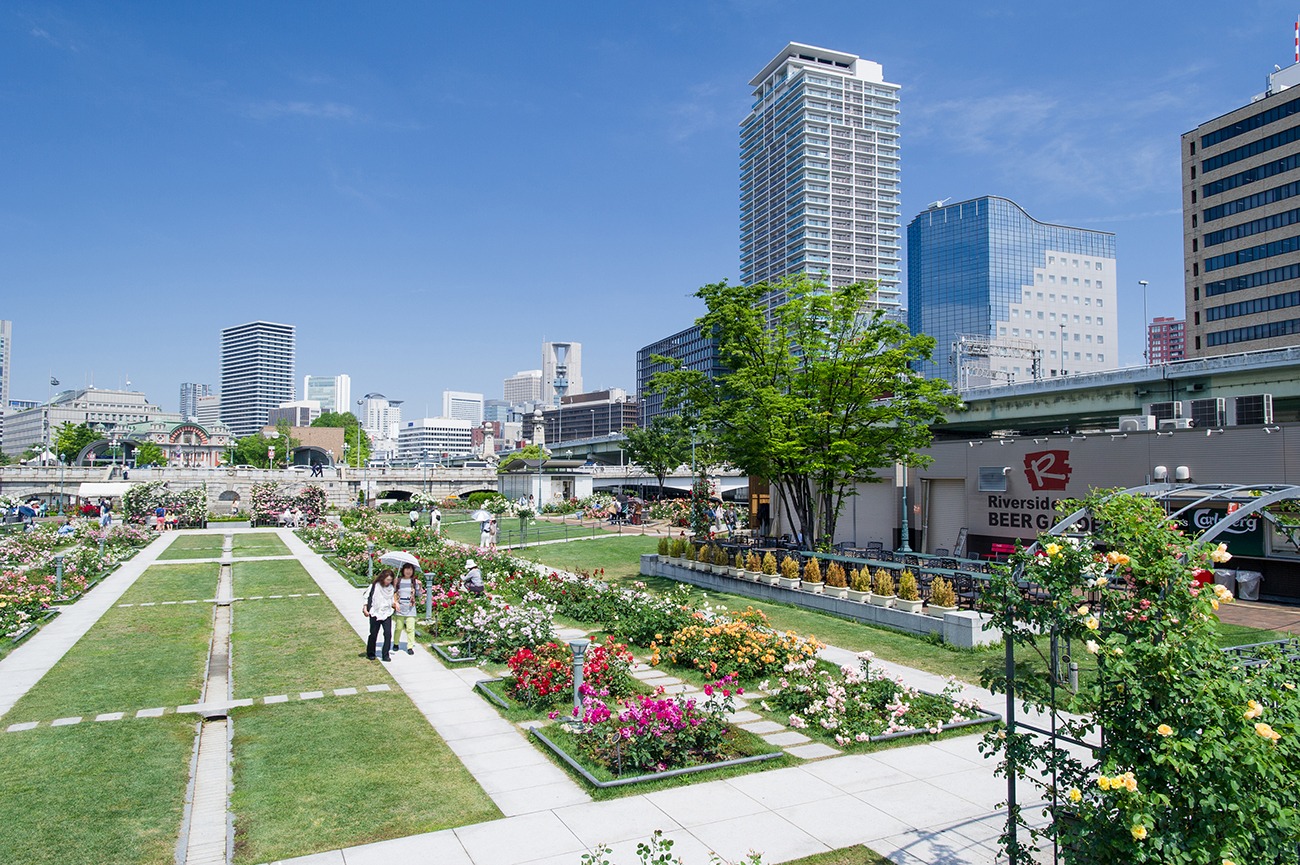 A beautiful island in the city centre where political, business, and cultural facilities are concentrated.

Nakanoshima, blessed with abundant waters and green landscapes, is the center of political, business, and cultural facilities in Osaka. Nakanoshima is an island, measuring approximately 3 km from east to west and 50 ha in area, located between the Dojimagawa River and the Tosaborigawa River. In Nakanoshima, a number of convention facilities, international cultural facilities, and office/business facilities are set against the background of a beautiful waterfront cityscape in an urban center. In the Edo period, kurayashiki (incorporating warehouse, sales office, and residence) maintained by daimyo (feudal lord) around the country were concentrated in Nakanoshima, where rice and other products were traded. This is why Osaka was dubbed the "nation's kitchen" in those days. Since the Meiji period, a number of cultural facilities, such as the Nakanoshima Library and the Central Public Hall, were established. Nakanoshima has thus played an important role as a key center of commerce, information, and culture in the modern period. Recently, further development has been promoted in this district; in addition to the Osaka University Nakanoshima Center completed in 2004, Keihan Nakanoshima Line, connecting Yodoyabashi and the Osaka International Convention Center, was launched. After their opening, Nakanoshima has further enhanced its functionality as the central district in Osaka.